There are many different types of building facades which we come across. Trace Surveys have an unrivalled range of different systems to detect leaks through any type of cladding. The following gives an outline of the most common techniques that we use.

Thermal imaging allows us to measure and see the emitted thermal radiation from surfaces on buildings. If a defect influences the amount of retained thermal energy inside a building element this will have an effect on the rate at which that element emits thermal radiation. For example, water trapped inside a façade may cause cooling through evaporation. This will cool the affected elements and they will appear colder on a thermal image. The following Infrared Image shows a 6 story block of flats where water was affecting the bottom two floors. By assessing the temperature differentials, we were able to see that the cooling started at roof level so we were able to start looking for a fault at roof level. This fault was identified as a hole in the roof membrane.

Trace Surveys use this testing for construction phase compliance testing and post construction leak investigations. We carry out testing as per the European Standard BS EN 13051: 2001 and NHBC Standards 2011 Chapter 6.9 S12. We can also test in accordance with ASTM International Standards.

These tests involve applying water against a façade at a controlled rate. In addition to the standard spray testing we are able to depressurise the internal rooms using specialist fans. This allows us to encourage air flow through the façade which simulates a strong head wind. 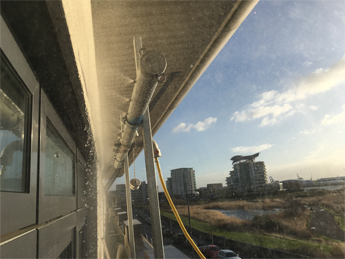 We generally use smoke or gas testing to identify air leakage paths in building envelopes. When using smoke or gas it is crucial to manage the direction of air flow through the cladding. This is done using a door fan to pressurise or depressurise the area where water is entering. The video below shows a basic example of how the test works. 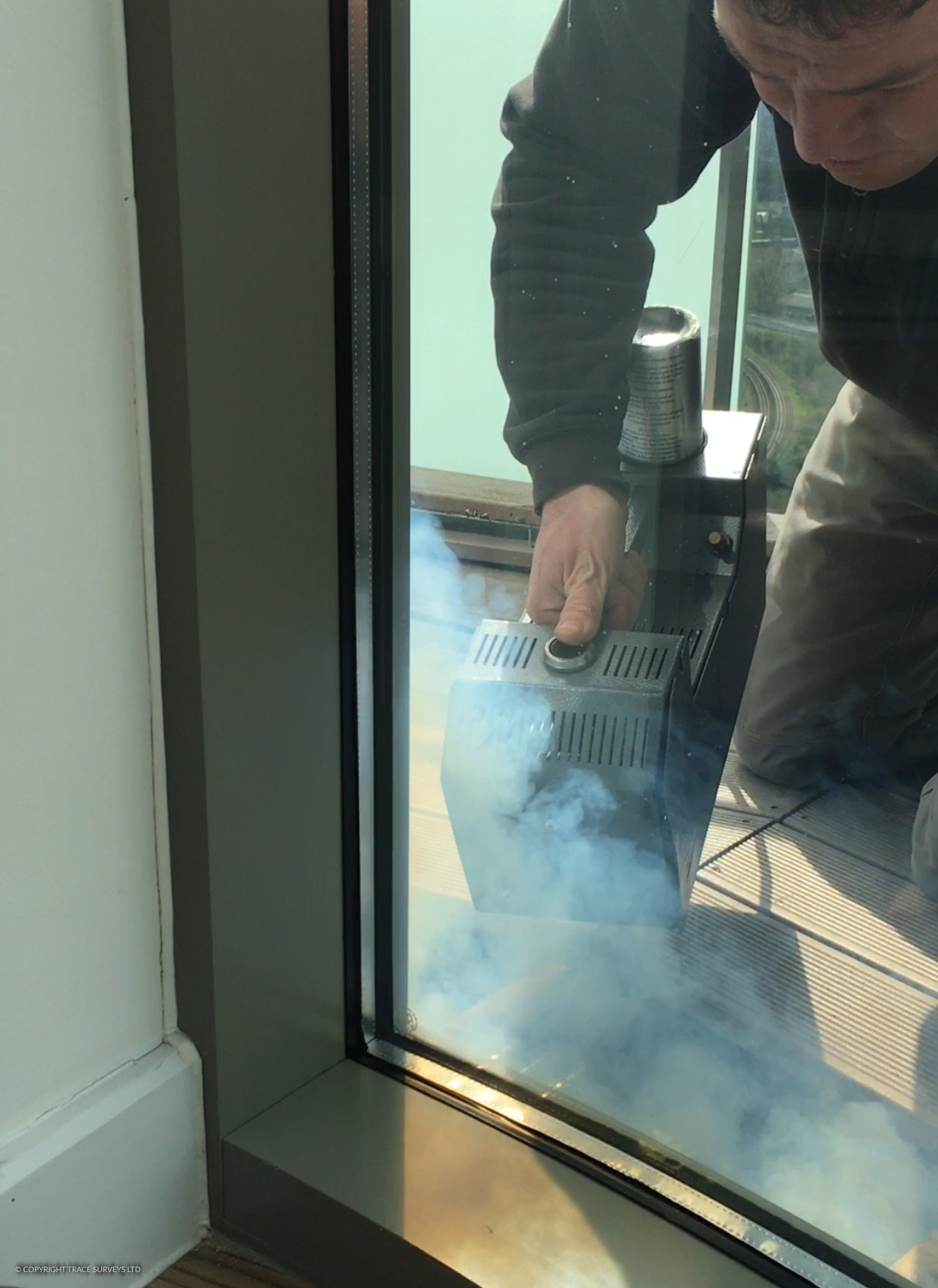 Ultrasound is used to test for leaks on things like aeroplanes, submarines, luxury cars and even high speed trains. Trace Surveys use it to test sealed cladding systems such as curtain walls and glazing systems. Ultrasound passed through minute air gaps but is largely stopped by any solid element of the cladding.

By generating ultrasound on one side of the cladding system, we can detect the exact points where the ultrasonic waves are leaking through the seals and joints. We can use this method to carry out construction phase integrity testing or for leak detection surveys on installed systems. 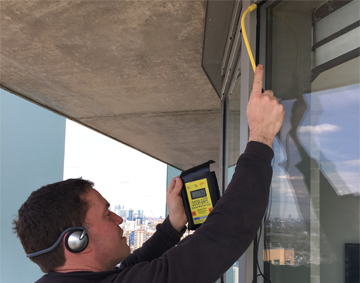